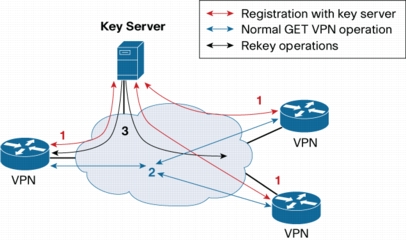 GET VPN or Group Encrypted Transport VPN is a whole different animal than Tunneling traffic between sites in an integral / encrypted manner, as it is a "Tunnel-less" approach to VPN between Branch locations! Some important components to GET VPN that make it possible KS / Key Server = Responsible for pushing "GET VPN" Policy … END_OF_DOCUMENT_TOKEN_TO_BE_REPLACED