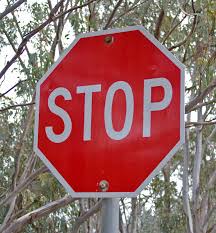 It’s easy to assume that an Access-List may be blocking traffic to a Destination IP in a TSHOOT Topology / Trouble ticket, so it is important to know exactly how to read them, and to assess if it applies to your trouble ticket!

I will be as brief as possible as most of this is likely review.

Traffic must either hit an exact match on an ACL line, will be implicitly denied of not explicitly permitted (or explicitly denied), and the line “permit ip any any” is an ‘allow all’ rule that will basically negate the implicit deny all at the bottom of an ACL.

The last point is a biggy, as when explaining a fix for a network problem, saying the applying an ACL (even if it is the correct ACL) to an interface is NOT the correct answer, because applying it to the interface will be denied unless the original one is removed!

How to immediately figure out the Network # from a Wildcard Mask

ACL’s on a Cisco Router / Switch use wildcard masks, its imperative to know how to read these, as an exampe of a random Extended ACL line:

As stated in a previous post, the immediate way to read a wildcard mask is the subnet / network mask will be the #’s added to the “Wildcard” mask to make all octets = 255.

Any confusion with this I recommend reading this post for a full explanation!

It is critical to be able to properly decipher Wildcard masks, so make sure this skillset is solid before exam day!!!

There isn’t a whole lot extra there, but its a consideration, if a problem report is happening during a certain time of day and you see a time-range on an ACL related to their particular traffic, this could very well be the issue.

Using “telnet” from Host PC to troubleshoot ACL’s is critical for exam day!

Using Telnet paired with checking the hit counter on configured ACL’s could reveal where the issue resides, as it can be observed which ACL is incrementing (or not incrementing) that should be or should not be!

IPv6 ACL’s work the same as IPv4 ACL’s with the exceptions of their configuration syntax when applying to interfaces, and that there is an implicit allow of ND traffic before the implicit deny all at the end of the ACL.

This means the following two lines are implicitly at the bottom of the ACL:

This is to allow for IPv6 Neighbor Discovery to work properly, unless for some reason explicitly denied in a line of the ACL, which is something to watch for on exam day.

Prefix-Lists are used specifically for Route Filtering rather than traffic filtering, as they can be configured to be more flexible in terms of ranges of routes that will be allowed to be advertised using Dynamic Routing Protocols, whereas ACL’s can often also be used but are exact match or not – So essentially one line of a Prefix-List can replace several lines of an ACL when applied to route filtering mechanisms.

Again these are not applied to interfaces to filter traffic, these filter routes / subnets that are propagated via Dynamic Routing Protocols!

Prefix-Lists work the same as ACL’s that it searches Top Down for a match, once a match is found that search is over and the route is permitted or filtered, and anything not matched is implicitly denied at the end if not explicitly permitted (unless a catch-all Prefix-List line is configured at the end of the list).

They also behave the exact same with IPv4 and IPv6, it will match the length of the prefix listed exactly, unless “ge” or “le” is configured to give it a range of prefix lengths it can match on when applied to a route filter list.

ge = Greater or Equal to, defines the minimum value the Prefix length must match

le = Less or Equal to, defines the maximum value the Prefix length must match

These can be used by themselves, together, or not at all in a Prefix-List line!

Prefix-Lists go in order of sequence, as shown here:

These two lines will be treated the same way an ACL line would be, like a Network / Wildcard mask, and will only Deny and Permit a single network. It works if a single network is needed to be added to a Prefix-List, but contiguous networks should be listed like an ACL, instead the “ge” and “le” values should be leveraged to make life easier.

Direct from IOS from a past post regarding BGP route-filtering:

This might come in handy for example if you have a summary route being advertised from an EIGRP Stub Area, and you only want the /24 networks to NOT be filtered, it could be summed up with the following prefix-list line:

This is the magic of Prefix-Lists!

Another example permitting all “Host Addresses” from the same subnet:

This is another great case use especially for Dynamic Routing Protocols, as you may only want to propagate “Host Addresses” or Route-ID’s (RIDs) to allow formation of a neighbor Adjacencies only (/32 addresses) without propagating subnetworks.

Any / All prefix-list addresses for ipv4 and ipv6

This is basically the “permit ip any any” equivalent for Prefix-Lists if you want to “allow all” other than items explicitly denied in the list.

IPv6 Addresses work the exact same as IPv4 Prefix-Lists, a Prefix length must be defined and you can add ‘ge’ and ‘le’ to match certain parameters of Prefix length exactly.

I won’t get deep into the troubleshooting, but to identify the lists being used within protocols for route filtering:

When working with Dynamic Routing Protocols, I personally would immediately look at “sh ip proto” to see if any prefix-list is in use for Route-Filtering then immediately review that Prefix-List, as you can bet your bottom dollar Cisco will place false positives like ACLs that appear to be blocking tracking that you may choose for an answer while the real issue is some very obscure / difficult to find Prefix-List mistake.

Definitely suggest labbing Prefix-Lists, writing some out on paper, and once a random prefix-list is drawn up quick figure out what all subnets could possibly be permitted or denied for just quick practice identifying and working with Prefix-Lists.

That is it for this one!

Prefix lists are really the difficult concept to understand within all this for me, but would be a go to command for exam day, as they can be so confusing if I were a Cisco exam question creator I would put a prefix-list in the network somewhere to break it 🙂